Are There Really 24 Different Foods That Lower Testosterone? The Answer To That Is Yes & In Reality Far More!

Learn What The Main Foods Are Here & The Brackets They Fall Under, A Fair Few Of Them Are Going To Shock you!

If you want to find out a bit more about why you want to avoid these foods check out my articles here on Testosterone And Health to gain an understanding of the importance of having healthy/ higher T levels. 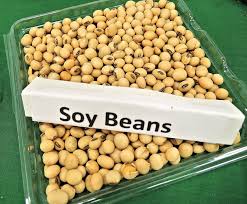 Soy is an extremely popular source of protein for vegetarians & vegans. So if you’re worried about your testosterone I suggest avoiding all soy products.

Most soy products in the West are genetically modified which is never great for your health.

Another popular source of protein amongst vegetarians and vegans. Again they are low in fat and high in phytoestrogens, raising estrogen & lowering testosterone.

Flaxseeds are viewed as a super food as they are high in fibre, omega 3 oils and anti-oxidants.

Their health benefits are legitimate but should be avoided as far as testosterone production is concerned.

This is due to them being very high in lignans which mimic estrogenic activity. If you need Omega 3, I suggest supplements or opting for oily fish!

Both Pepper & Spearmint are shown to greatly reduce Testosterone levels. It’s spearmint you need to be most wary of though; as it’s shown to reduce your T levels almost twice as much as peppermint does.

So anything with mint in should be considered as being one of the foods that lower testosterone but be extra wary of spearmint. 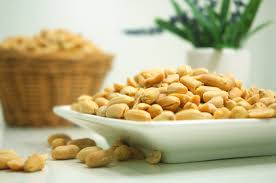 Peanut butter is often part of a post workout snack for gm bros across the globe.

Sorry to be the bearer of bad news for those guys; but in reality peanuts are actually legumes & not nuts.

As a legume they are’re very high in phytoestrogens & Omega 6, both drastically lower Testosterone production.

So be aware of these as well! The reason they are lower T is the main compound in liquorice which is called glycyrrhizic acid decreases testosterone.

They can lower Testosterone so much that one study reported your levels can be as much as halved after eating liquorice.

All alcoholic drinks lower testosterone production, some are far worse for your T levels than others.

Studies also show that the more alcohol you consume, the more T production is restricted! 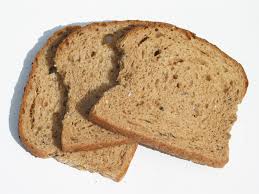 They contain gluten that can increase prolactin levels and & as a result reduce testosterone levels.

Having a diet rich in dietary fibre can also lower testosterone. Additionally, most grains can suck out essential minerals from the body.

So avoid eating lots o grains if increased T is your aim!

Then for the best part soft drinks come in plastic bottles & when you read the bottled water section, you’ll plastic bottles expose you to other chemicals that lower testosterone, so not only is the liquid bad for T but the packaging is a well!

Tofu is produced from soy milk, as we’ve covered above, most soy products are genetically modified which tends to lead to lower T & other health issues (GMO’s are covered in greater detail a bit further down).

GMO’s are also naturally high in isoflavones which is a type of phytoestrogens.

The same as soy & other soy products, I strongly recommend Tofu is avoided & should be strongly marked in your mind, as one of the main foods that lower testosterone production! 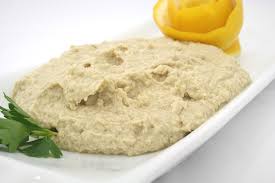 Often viewed as a healthy snack & as a whole hummus is healthy but the problem due to mainly being made from chickpeas they are extremely high in phytoestrogens with 993mcg per 100g!

While it may be tempting to reach for bottled water, just know what’s inside may be actually worse than tap water.

Bottled water exposes to estrogenic compounds found in plastic like BPA, this is a chemical that disrupts your hormones balance on top of lowering testosterone production.

Research has shown that 61% of bottled water samples induce “significant estrogenic response” when tested on a human cancer cell line.

That estrogen activity is three times as high when the water comes in PET plastic bottles when compared with glass.

I actually advise you reduce your exposure to plastic due to the chemicals like BPA, as they are don’t just lower testosterone but can also cause a number of other very serious health issues!

With regard to tap water, it contains all sorts of chemicals including fluoride which again are endocrine disruptors, they are ruin the balance of your hormones including lowering testosterone production.

Now these should be included in every kind of list of foods that have a negative impact on your health, these negative impacts include reduced testosterone production.

This is mainly down to trans fats being high in Poly Unsaturated Fatty Acids (PUFA’s) & these lower healthy HDL cholesterol which aids testosterone production.

Check out my article going in to more details, as to why trans & polyunsaturated fats should be avoided below.

To give you an idea of what foods include Trans-fats, these are any food with hydrogenated or partially hydrogenated vegetable oil.

So this includes most fast food, a lot of baked goods, most popular fast, crisps/ potato chips, donuts etc. so what many people would class as their treats or in some cases their standard diet.

Limit your intake as much as possible to save your T levels & your wider health! 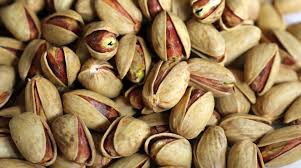 Pistachios are the nuts with the highest concentration of phytoestrogens. So if you’re a nuts fan I’d recommend Brazil nuts.

Due to their high levels of selenium, saturated and monounsaturated fats, they are an effective testosterone booster.

Walnuts are in fact one of the healthiest nuts and as a whole good for your health.

Unfortunately this just isn’t the case if you’re focusing on increasing testosterone.

This is due to them being rich in our old friend phytoestrogens.

Peas make an ideal side dish if you’re looking for an increase in estrogen.

This is due to them being a high source of phytoestrogens & as we know these increase estrogen & lead to lower testosterone. 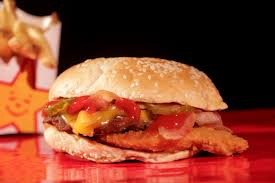 The number of processed foods available on the market is now bordering on the ridiculous.

These additions to your food have an adverse effect on testosterone production & even more so at a young age.

This is a problem as highly processed foods are often a hit with kids. These foods should never be consumed, ever but especially reduced to an absolute minimum for those early in life & still developing.

So not only are they foods that lower testosterone; but they can cause other health issues including problems with the brain & the body as a whole.

So opt for organic or zero-additive foods when grocery shopping. It just might save your life.

Secondly to make these meals taste appealing, they are usually laden with sugar.

Having high amounts of sugar in your diet absolutely kills testosterone levels and you will find out more about this below!

High amounts of sugar in your diet is one of the biggest enemies of testosterone production.

This is because eating refined sugar makes blood sugar go very high up and then very low down.

The body reacts to these extreme fluctuations by lowering your insulin sensitivity.

This means higher & higher insulin is having to be released to deal with all the sugar.

A decrease in your insulin sensitivity will lead to not only a significant drop in testosterone production but also a drop in human growth hormone (required for muscle gain) * in extreme cases it can lead type 2 diabetes & obesity!

High amounts of sugar in your diet really does ruin your health.

While it needs to be recognized as one of the foods that lower testosterone, the risk sugar poses is far wider & grater than just lowered T! 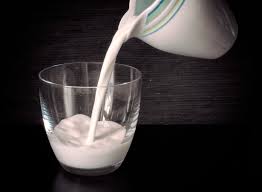 Milk on paper has a great nutritional profile for testosterone production due to being high in fats. The problem is two fold.

The first is most milking cows are given a number of hormones which leads to them having increased estrogen production & this ends up in the milk, to avoid this problem you will have opt for organic.

The next issue is most people drink skimmed & semi-skimmed milk & it’s the fat that contains most of the nutritional benefit including increasing testosterone.

So at best case if not drinking whole milk, you may not see a T increase and at worse case due to the hormones and non organic feed cows are given it lowers testosterone production!

GMO’s or genetically modified foods in the most basic terms are food that have had an insecticide gene implanted into their DNA.

This is usually done to allow them to be resistant to the effects of pesticides, this allows farmers to use more pesticides without killing the crop.

The list of GMO foods is increasing daily but at present the main ones include corn, canola, soy, sugar beets & cottonseed oil so keep an eye out in particular if using these!

The most common issue that comes from consuming GMO foods is an increase in gastrointestinal, immune disorders and its shown to be toxic to testicular cells which leads to a disruption in testosterone synthesis.

In short this means less testosterone is produce, they are cause stomach issues & potentially serious illness!

GMO’s shouldn’t just be looked at as foods that lower testosterone but foods that are bad for your wider health! 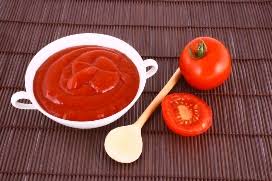 Now I’m not saying that all table sauces are evil but I do suggest you check the ingredients.

A number of condiments contain Soy & an even larger number are very high in sugars, as we’ve covered in this article both are included as foods that lower testosterone.

Both high amounts of sugar & Soy a negative impact on your testosterone levels!

The pesticides that are sprayed on non organic fruit & vegetables are shown to be endocrine disruptors.

That means these chemicals disrupt the balance of hormones including lowering testosterone production.

Again like the insecticides inserted in to GMO’s these chemicals can also cause a number of other health issues!

PUFA’s wreak havoc on your hormonal health and are directly related to lower T-levels.

You can find out more about vegetable oils and how they are negatively impact T in my article below.

Foods That Lower Testosterone: Why you should avoid vegetable oil

All of these should be considered foods that lower testosterone production and should be avoided wherever possible!

I hope you’ve found this article on foods that lower testosterone useful, I don’t expect people to eliminate everything in this list from their diet.

I would like to think, that it will help you with the choices you make on a daily basis, for example opt for organic produce wherever possible.

If you know you’re going to be drinking alcohol one day, try lowering your sugar intake so your testosterone levels don’t suffer too greatly!

Keep an eye out for my future articles and check out my article on Foods That Boost Testosterone Production – The Big List to get a feel for the foods you should be including in your diet.

If you have any question in regard to this article, foods that lower testosterone as a whole or want to request a topic you’d like me to cover, just leave me a comment below and I’ll get back to you.

If you think others may appreciate this article please share, you can follow me on my social media as well.

32 thoughts on “24 Foods That Lower Testosterone”

Get Emailed My New Articles