Vitamin A And Testosterone Production

Did You Know That Vitamin A And Testosterone Are Linked?

Vitamin A Is For A Lot More Than Just Healthy Eyes!

Find Out How Vitamin A Aids T Production

I’m sure you were told by your parents or any adult that you need to make sure you eat your carrots as they are good for your eyes. Where that idea comes from is actually due to the vitamin A content. Vitamin A is important for so much more than just healthy eyes though & serves a lot of purposes in the body.

To give you an idea It’s also important for

There is an enzyme called Bco1 in the body that is responsible for converting beta carotene from dietary carotenoid into the functional form of vitamin A. This where vitamin A and testosterone A and testosterone become linked. As when you consume vitamin A Bco1 is released, & Bco1 is also believed to play a major role in the regulation of testosterone levels.

Inside the human body, the Bco1 enzyme breaks the single beta-carotene molecule (responsible for orange coloration to of pumpkin, carrots etc.) to yield two vitamin A molecules. Scientists also believe that Bco1 also regulates other biological processes, with testosterone production being included.

Mice studies have shown that mice with no Bco1 gene fails to split the beta carotene molecules and due to variation in Bco1 gene, it is likely to have the carotenoid metabolism affected up to certain extent. In one specific study, two mice groups were given a beta-carotene and carotenoid free diet; and provided with a sufficient amount of vitamin A, which was to normalize the liver and blood nutrients.

It was found that the mice group that lacked Bco1 gene showed lower levels of testosterone and had comparably smaller prostate sizes. As testosterone is essential in the development and maintenance of seminal vesicles and prostates, it further backs up the belief lacking Bco1 leads to lower T production.

Now I appreciate that these are mice studies, so in terms of humans, in men, hereditary alterations/variations in Hsd17b3 gene can lead to:

Other Studies In To Vitamin A And Testosterone

So in one study it was demonstrated that teenage boys supplementing Vitamin A & Iron combined can be as effective as hormonal therapy over a 6-month treatment period. Now I appreciate that this is teenage boys & not the same as grown men. You can check out this study here by the way.

This following published study in the Journal of Clinical Medicine in 2018 showed that vitamin A promotes the inhibition of inflammation & as covered above, the lower your inflammation levels the higher your testosterone production, your immune system & wider health will be.

The Best Vitamin A Sources

There are quite a few foods that are an excellent source of vitamin A, in fact most the foods that I’m going to list will provide you with far more than your minimum required amounts, so check out what these are below.

As you can see, the very best sources are meat based. I appreciate that a number of these foods aren’t necessarily things you will eat daily or regular basis. So if this is you, I would suggest that you supplement Vitamin A as well. I personally get supp vit A as part of the testosterone booster complex that I use which is Military Muscle, you can check out a full review of it below. 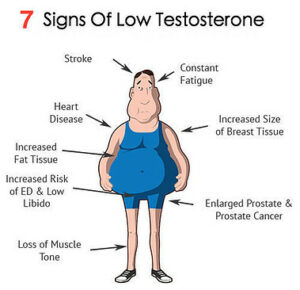